Are you good at being YOU or being someone else? Let's take an honest look at our dwindling imagination. | "The Death of Originality" was initially published in our 2017 B&W Issue -- redrafted and refreshed with new editorial photography in 2022. 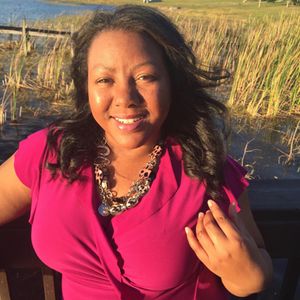 "What makes you so special?"

It's a question we've all heard before, usually delivered in a snarky tone to rile up emotions and offend.

"What makes you so special?" It is often said to provoke anger and belittle one's progress, but does it ever make you think?

What makes me so special?

When I first imagined Love U Magazine, opposition struck from almost every direction. People around me didn't understand the concept, and others questioned how I would compete with larger, more established brands. Some would point out what other magazines were doing; even my friends, who were trying to be supportive, would present laundry lists of evidence to prove that I was fighting an uphill battle. "Magazines are dead!" they said.

However, I knew that I wasn't just creating another magazine. My goal wasn't to double down on the skewed fashion standards of the traditional industry, nor was my intention to join the members-only club of the plus-size community. I wanted to include everyone and build a place where women felt empowered to be their gorgeous, fashionable, and authentic selves.

For years, fashion magazines have sold advertising to companies that went out of their way to convince women they weren't good enough and needed to buy said advertised product for a chance to be better, prettier, or even sexier. I wasn't interested in that. I wanted people to read the magazine and feel enlightened, inspired or just plain happy. Envisioning a world where women were accepted and embraced, I came up with the slogan, 'United Under Fashion.' Fashion being the common thread that ties us all together -- regardless of size, shape, or ethnicity.

Several months before releasing the first issue (in 2015), I began promoting the brand on social media. And, then... it happened. I noticed instant copy-cats. People who were targeting only the plus-size market were suddenly 'inclusive.' The girl-power intellectual in me was thrilled to witness an evolution right before my eyes. But, then there was this other part--the less evolved and empowered part that was just pissed off and thought, 'Are they trying to copy me?'

Here I was, a lady on a mission. A mission that I could barely get anyone to believe in, yet I was being mimicked -- how absolutely bizarre and slightly annoying. Granted, I didn't spend too much time being annoyed. Instead, I just brushed it off and kept pushing forward. Yes, I was slightly annoyed, but I also knew that NO ONE could do me like I could because when it's all said and done, they AREN'T ME. They could copy an article title or jump on the inclusive bandwagon, but they couldn't replicate my complete vision because that vision belongs to me. It lives and resides inside of me. Therefore, it is impossible to truly replicate it, as I would never be able to replicate them.

Some will say that imitation is the highest form of flattery but is it?! Or, is imitation simply just 'imitation?'

I mourn for our society. A society that celebrates clones and downplays the importance of having an original thought or idea. And, it's everywhere. How many times do you scroll through social media and see twenty different people trying to look exactly like the Kardashians? Or, have you ever noticed new musicians copying old musicians -- hoping their young fans are simply too young or oblivious to tell the difference? Tell me, does Hollywood really need to remake every 80s and 90s movie ever made?

I mourn, and I ponder.

What happened to innovation?
When did it go out of style?
How can we bring it back in style?

Throughout history, great thinkers, artists, and creators have pulled from outside influences and the world around them. However, there is always an invisible, yet clear, line between being inspired by a muse and plagiarism. I remember when no dignified artist, inventor, or creator would even come close to that line out of fear of being deemed 'unoriginal.' What happened to us? When did being unoriginal become okay? When did the masses start believing that 'maybe they aren't so special.'

I mourn not for myself; I mourn for those who lost the ability to think and create on their own. When one denies themselves authenticity, they suffocate their spirit and rob the world of the things only they can uniquely provide.

Imagine if Michelangelo decided to carve out a bunch of pillars and columns because that's what was hot at the time -- the Statue of David wouldn't exist. Or if the profound Martin Luther King Jr. opted to plagiarize a random speaker instead of delivering his famous "I Have A Dream" speech.

People struggle with being their authentic selves every day. Some of them are struggling due to circumstances, while others are willingly and purposely turning themselves into clones of whatever is trending. Some are clones for so long that only traces of their true identity remain.

This isn't flattery. It's the death of originality. And, it's heartbreaking to watch happen more and more each year. What they don't understand is that if they elevate thier own voice, they will reach the people who authentically and intuitively speak the same language. That's when the true magic happens.

"What makes you so special?"

There are tons of people who are similar to you, but there is only one YOU. Embrace yourself already! No one can 'do you' like you can 'do you.' And, if you are the one being imitated, keep your head up and remember that they can copy all they want, but a copy is never worth more than the original.

This article was originally published in the 2017 Black & White Issue of Love U Magazine, redrafted and refreshed in December 2022 with new editorial photography featuring wardrobe from Fashion Designer Weronika Wrzosek's Vanitas Collection.

Chelsea Dixon is the Founding Editor of Love U Magazine. She's also a freelance writer and content marketer in her spare time. To learn more about her vision for the magazine, read From the Editor's Desk on our About Page. 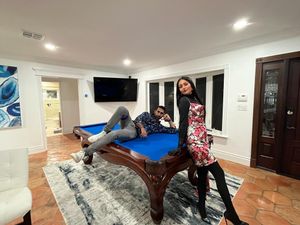 
Family Karma Episode 7 Insights: Breaking Up Is Hard To Do 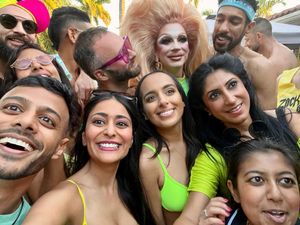 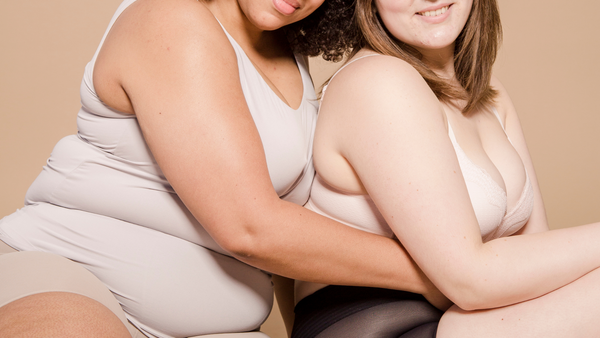 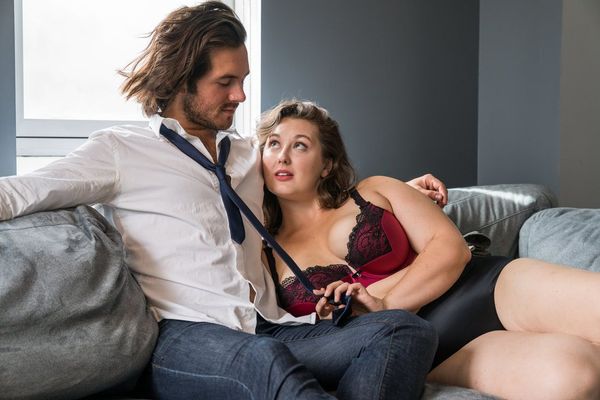 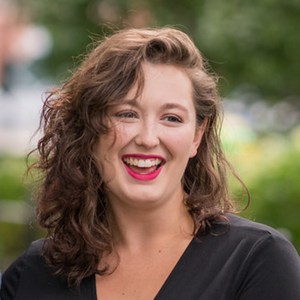 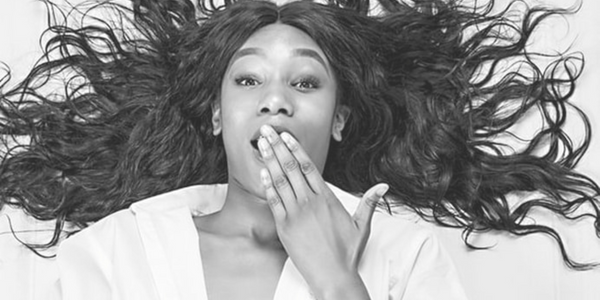 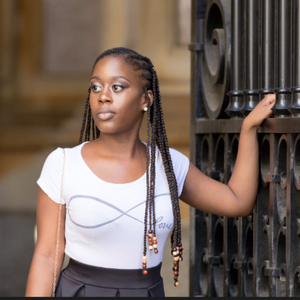 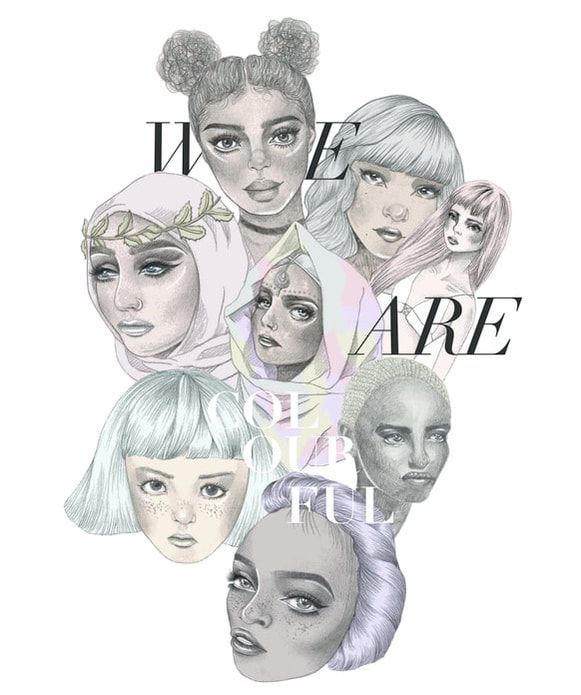 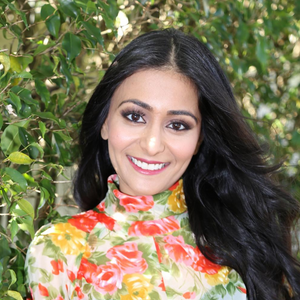 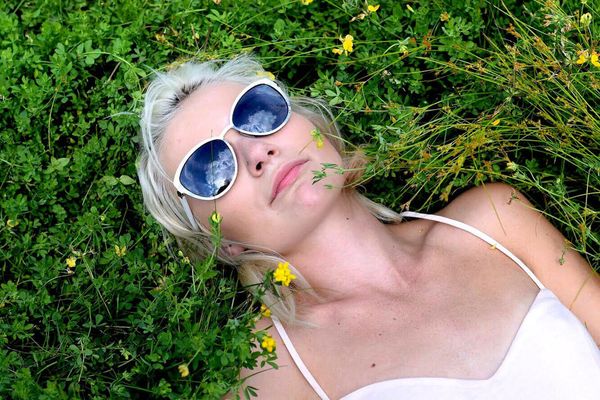